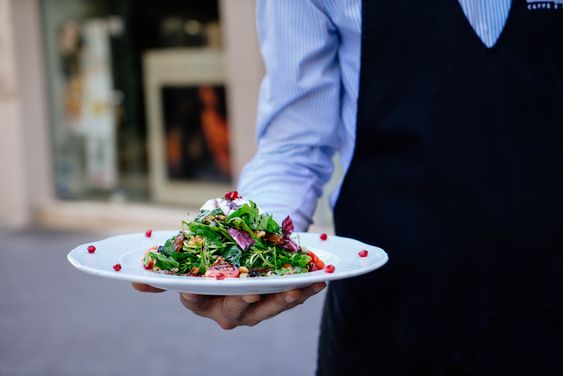 The UK government will be banning high-street restaurant chains like Bella Italia, Prezzo, Café Rouge and more from taking a percentage of staff tips.

It was found that some companies take a deduction of roughly 8-10% of tips left by customers causing a backlash amongst the public, according to Wales Online.

Diners are not automatically expected to tip in UK restaurants like in America. However, it has become more of a popular custom in the UK to tip after a meal at a restaurant. But according to the BBC, this money may not even reach the waiter you’re looking to tip, especially if you tip on card.

“That 10-15% extra added to your bill isn't the same as a tip and is generally optional,” says the BBC. “A few big restaurant chains have been criticised for taking the bulk of the service charge to pay for administrative costs.”

When paying by card, it may seem easier and more convenient to pay a tip by adding on a few pounds, but another system will share out the ‘tip’ – a ‘tronc’. The BBC says: “The person who shares them out - known as the "troncmaster" - is not usually a member of management.

“But some restaurants have been accused of taking tips paid by card or charging employees a fee for tips paid on card.”

Currently, restaurants are under no obligation to pass on tips to workers. But this new piece of legislation will ensure that every penny is given to staff.

Prime Minister Theresa May said: “The unemployment rate under this Government is now the lowest since the 1970s - but we want to ensure that everyone is treated fairly in the workplace.

“That's why we will introduce tough new legislation to ensure that workers get to keep all of their tips - banning employers from making any deductions. It's another way we are building an economy that works for everyone.”

Do you have an interest in employment rights? Why not see what legal jobs we have on offer?