New drone laws will come into force in 2019 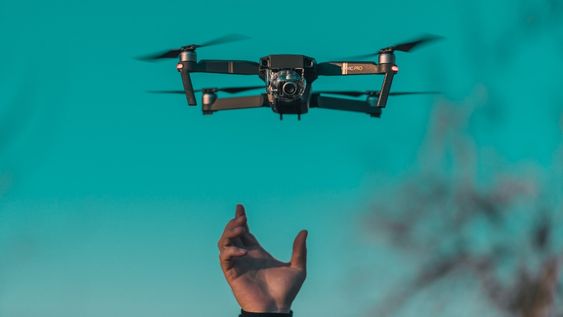 If you own a drone making sure you are up to date with all the latest rules and regulations is a must.

New drone laws came into force in 2018 and another law will be enforced this year.

These new rules are especially prevalent following the disruption drones caused at Gatwick Airport in December which affected thousands of passengers during 36 hours of chaos after drones grounded all flights. The BBC reported that Gatwick and Heathrow are expected to spend millions of pounds on anti-drone technology as a result of the incident.

Bristol Live found that the number of aircraft incidents and near-misses involving drones had increased from zero in 2013, to almost 100 in 2017.

Bristol Live reported that Baroness Sugg, Aviation Minister, had stressed that the government was “keen not to stunt the growth of the sector” as there had been fast growth on the number of drones being used for fun and for commercial purposes. However, she stressed that there was a great need to protect planes, helicopters and their passengers and the “new laws will help ensure drones are used safely and responsibly”.

The new range of laws brought in during 2018 were originally suggested procedures existing in the Drone Code,  a helpful guide full of tips and advice published by the Civil Aviation Authority (CAA.) It has been illegal to fly your drone higher than 400ft (120m) since July 2018. Another law that aims to prevent interaction with manned vehicles states that it is illegal to fly your drone with 1km of aircrafts, airports and airfields. In the instance a drone does endanger the safety of an aircraft the offender could face going to prison for up to five years.

One of the laws which will come to full force in November 2019 will mean owners of drones weighing more than 250g will have to register their equipment with the CAA and complete an online safety test. Failure to comply with these rules could land drone users with a hefty fine.

The responsibility of the drone lies with the handler, failure to fly responsibly could result in prosecution.

Are you looking for an exciting career in the legal sector? Have a look at the range of legal jobs we have on offer.